Aussie Invader: History in the making 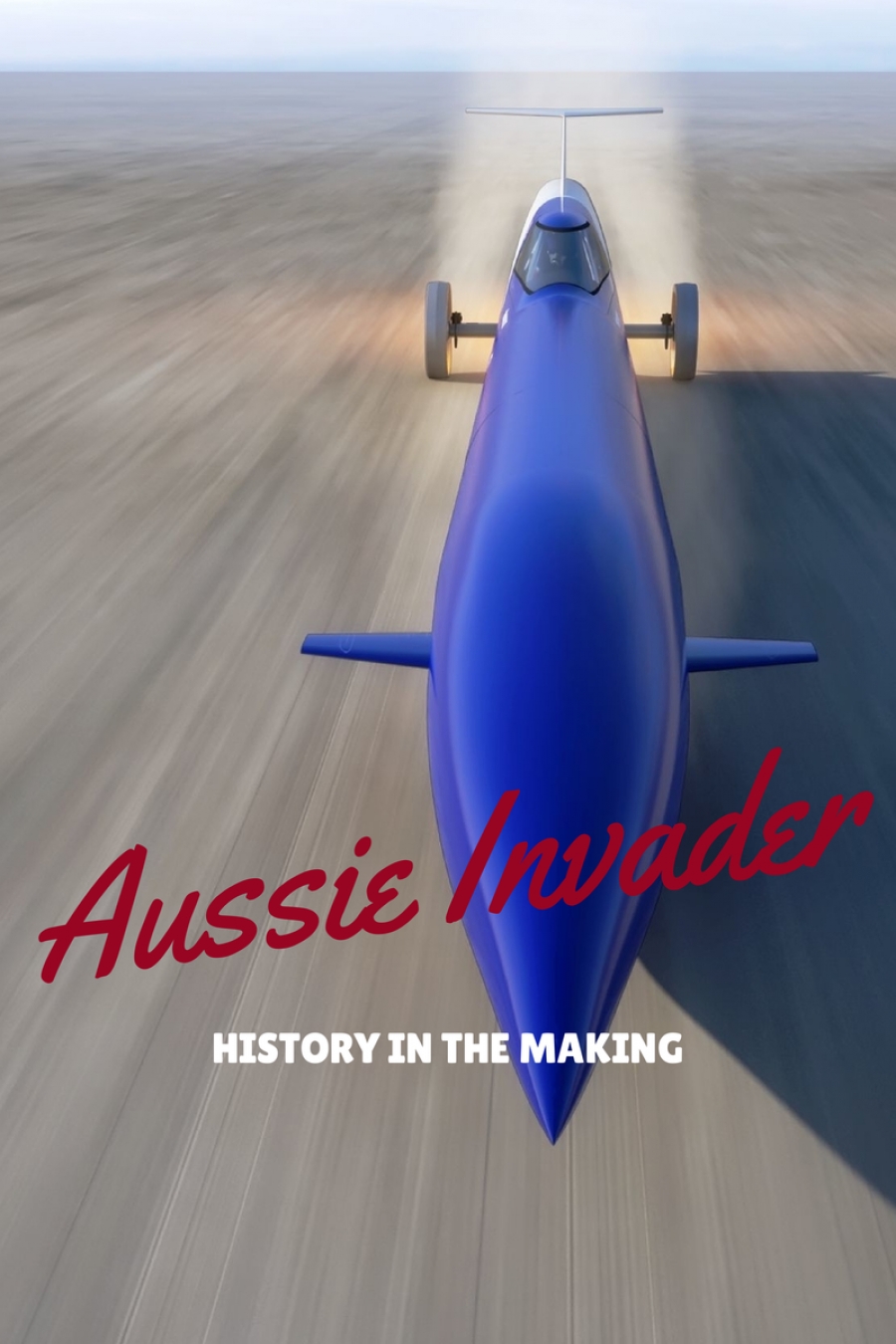 Since the invention of the car, man has had a fascination with speed. During the 1920’s and 30’s, Land Speed Record Holders such as Malcolm Campbell, Henry Seagrave and John Cobb were household names and you may even recognise some of these names today. Fame for the driver and car were assured, making international headlines whenever the Land Speed Record (LSR) was attempted or broken.

In 1994, legendary Australian driver Rosco McGlashan broke the Australian Land Speed Record set by his childhood hero Donald Campbell. In his car Aussie Invader II Rosco reached a speed of 500 mph (802 km/h) and then crashed it at nearly 600 mph the year after trying to raise it further. Fortunately Rosco walked away from the crash but devastatingly the car was destroyed.

Fast-forward to today and the race is back on. Three main teams are in a race to break the current Land Speed Record and two are aiming to raise it to over 1000 mph. The three teams are the USA/Canada with North American Eagle, the current record-holders from the UK with Bloodhound SSC and Australia, led by Rosco McGlashan with his rocket powered car, Aussie Invader 5R.

Breaking the 1000 mph barrier on land will push man and machine beyond anything that has gone before. This milestone in LSR history will not be achieved easily or quickly. At these speeds the forces at work on the car and its components will be tremendous and will be pushing the boundaries of technical development, engineering and science.

Aussie Invader 5R is the most powerful of the current three challengers, with 62,000 pounds of thrust from its bi-propellant liquid oxygen (LOx) rocket motor. The total power output from the LOx motor has been estimated at 200,000 hp, making it the most powerful LSR car ever built. The engine is based on an Atlas rocket motor and is being developed and built by the well respected and pioneering New Zealand Company, Rocket Lab.

Woocom are very proud to be part of the Aussie Invader journey along with Rosco McGlashan and his team. It is not every day we get to be part of a history-making project like this and it has been exciting to lend our expertise to the cause.

We met with the Aussie Invader team to determine what their needs were and how we could help. We determined that they required a site to better interact with fans, to increase donations, and to also keep fans up to date with the latest Aussie Invader news. It was important to ensure that the depth of detail in the content covered every element of the project. It was also important to modernise the site and to increase awareness and engagement on social media channels.

We came up with some pretty cool solutions that have achieved great results for Aussie Invader, and over the next few weeks we’ll be explaining what we did for them and the results we managed to achieve.

David Rose is a Social Media Manager at Woocom, a dynamic, full service multi-channel web marketing agency specialising in every aspect of web marketing from content management systems through to social media and search engine optimisation. Woocom is based in Perth, Western Australia.